“Everyone is for everyone else”
And yes it is a tabboo to date just one specimen
When sexuality is treated like an object and sex like food,
When male and female ‘specimens’ are produced in labs,
When alpha, beta, gamma, epsilon are the various castes,
When khakhi, green, white are color coded norms,
When you live, you breathe, you die in a controlled atmosphere,
Well yes, written in 1932, it talks about 600 years into the future, welcome to the year 2532, where “normal is to be happy, since everything is produced”.

Since it is all about 1932, let the hues be warm not only for the eyes but for the soul as well, but wait “BRAVE NEW WORLD” isn’t about soul its about “happiness” that too in all forms. Welcome to 2532, (600AF) where “everyone is for everyone else”. The humans are now male and female specimens with chemically induced and propotionate hormones, devoid of any feelings and divided as “alpha, beta, gamma, epsilon”. The caste system thus prevailing but no religion, no God, no sickness, not a single unhappy thought, its about being happy that too “all the time”. One might think how kids are born, well they aren’t, the concept of mother-father-sister-brother is a tabboo. Its at par with cussing. No feelings-No attachments thus “happiness” also no “old age” either “magnesium almonds keep you young forever and death, well that’s done in a congregation but it is made sure that P2O5 is thouroughly extracted from each corpse thus “useful” even after death. Clothes are “zippycamiknicks” “zippytrousers” “zippyshirts”, basically synthetic clothes zipper based and to add on taps of cologne always running like water. But the twist comes when we meet Bernard, Helmholtz and John-the savage. The fact of “queer” and homosexually crepts in though not discussed openly. For all the Indians out there, a Savage world is described and its India they say with all the backwardness and filth and age old rituals of being ‘human’. Bernard was a square peg in a round hole and wanted to feel thus refused taking ‘soma’-a sleep inducing tablets that are a must in the new wotld. Fate takes him to John-the savage and he brings him to the ‘new world’. But soon ‘savage’ is seen asking for a normal life with unhappiness and loyalties, we meet the controller who quotes a philosopher “humans were never meant for independence, they like it no doubt but soon creates a mess out of it” thus taking feelings away, art, literature away, we give them a sense of being there safely away from their own thoughts as more intellect means more trouble. The book winds with ‘savage’ being a spectacle and specimens guffawing at his petite state. A must read. 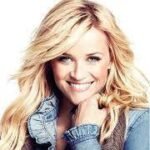 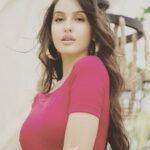 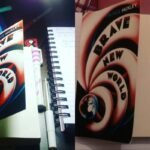