I am not good with introductions, nor am I an expert on writing either but I have something to share and that something is the daily observations.

Now, this may pose a question “whoa..just a second is this writer even for real?” “I mean should I even read it…?”

Well, that’s your call entirely but then I am a human made of flesh, bones and blood, a normal composition I’d say.

So, why take efforts and pen something down that too something as menial as a daily journal?

To be true I think the world has become entirely vicarious and so I thought why not spread some sparks and shed some light on the everlasting enigma… “observation”.

Today was a normal day with sheer basic stuff at the office, but the cherry on tops was the Croatia and Brazil match that lead to the former’s entry in the semis of FIFA 2022. Good for them isn’t it? Like they were the finalists in 2018 but somehow lost to the defending champs France.

When it is about Football food is mandatory thus I prepped a good bowl of Maggie with veggies and a wholesome olive oil and one half fry making it the Indian ramen.

Well, on an average day life is fine but then as soon as I sit down with my thoughts I often am reminded of the strange forces that bind all of us together as one being. By the way did you guys know that Croatia was a part of Yugoslavia and they recently got independence in the late 90’s?

I did not know either just googled it, this made me wonder it is just a 22-year-old country which means pretty young and bold to be thriving in the world cup, what do you think dear readers?

Anyways, I also run by the way but have kinda missed two days in a row which again is a bummer as running means salvation, the cool breeze when it caresses your face slowly leaving behind kisses of shivers…argh it feels divine.
Anyways that’s all for today, do drop comments if you want to know more and read more. Toodles…

bhoomi_siraj
162
Shaista Fatima or as she prefers going by the name Bhoomi Nighat Siraj, and terms this as her chosen name or takhallus, which is also an ode to her mother, (story around it is deep rooted to finding one's purpose on earth), whose writing and speaking genes she believes to have inherited. She has a masters in mass communication from AJKMCRC-JAMIA MILLIA ISLAMIA. A sufi by heart and a performer inside out she is a theatre artist, an active book reviewer and a communication specialist. Her love for the stage makes her an expert at showmanship and she is ever ready to counsel youth with their endeavours, as a result she looks forward to her work in psychology and communications in the near future. She has published poetry and articles to her credit, has edited novels and believes in writing with the flow. Till date she prefers keeping a journal in hand. In her free time she can be found binge watching or reading autobiographies, fiction, detective novels or sleeping if not doing anything
Related Posts
0 18 0
December 10, 2022
0 12 0
December 9, 2022
0 733 2
March 1, 2022
0 283 2
February 26, 2022 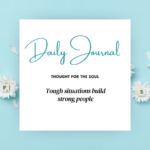